Back to all projects

Arcluce KRION linear luminaires for façade lighting emphasize structural and architectural details, acting as a highlighter that makes them scenographically stand out, without being noticed. One of the lighting projects by Arcluce that best expresses the potential of KRION lighting fixtures is the Stadshal, a futuristic and multifunctional pavilion, which recalls the Gothic style of the medieval town of Ghent and sets up a respectful yet suggestive dialogue with the historical setting.

Designed and constructed in 2012 by Robbrecht en Daem Architecten, with architect Marie-José Van Hee, the Stadshal (also known as Ghent Market Hall or Ghent City Pavilion) was part of an urban redevelopment plan for the Belgian city and was among the five finalist projects of the official architecture award of the European Union, the Mies Van Der Rohe Award - EUmiesaward - in 2013.

The structure is an inclusive architectural project for public use, an open and accessible porch with a highly representative 40-meter-long wooden roof, made up of two modules that rest on four solid piers set at the corners of the building. Along the entire length of the wooden structure run the KRION luminaires, placed on two sides and on three different levels: in the evening hours, they spread wall-washer light beams that highlight the pattern of the ceilings. Dozens of small rectangular windows, carved into the wooden panels, reflect the light all around. For this reason, at nighttime, the Stadshal resembles a large lantern in the center of the city, sending light outwards.

Arcluce KRION is the linear luminaire for outdoor and indoor lighting with high performance and versatility of use: the perfect solution to enhance architecture through light. The product design is compact, available in different lengths, with adjustable brackets that allow the light beams to be meticulously directed. The optics are all dimmable: from medium to ultra-wide beam, from elliptical to wall-washer, and RGBW. The IP66 degree ensures protection against dust and pressurized water jets. Among the models available, KRION short and KRION-IN. 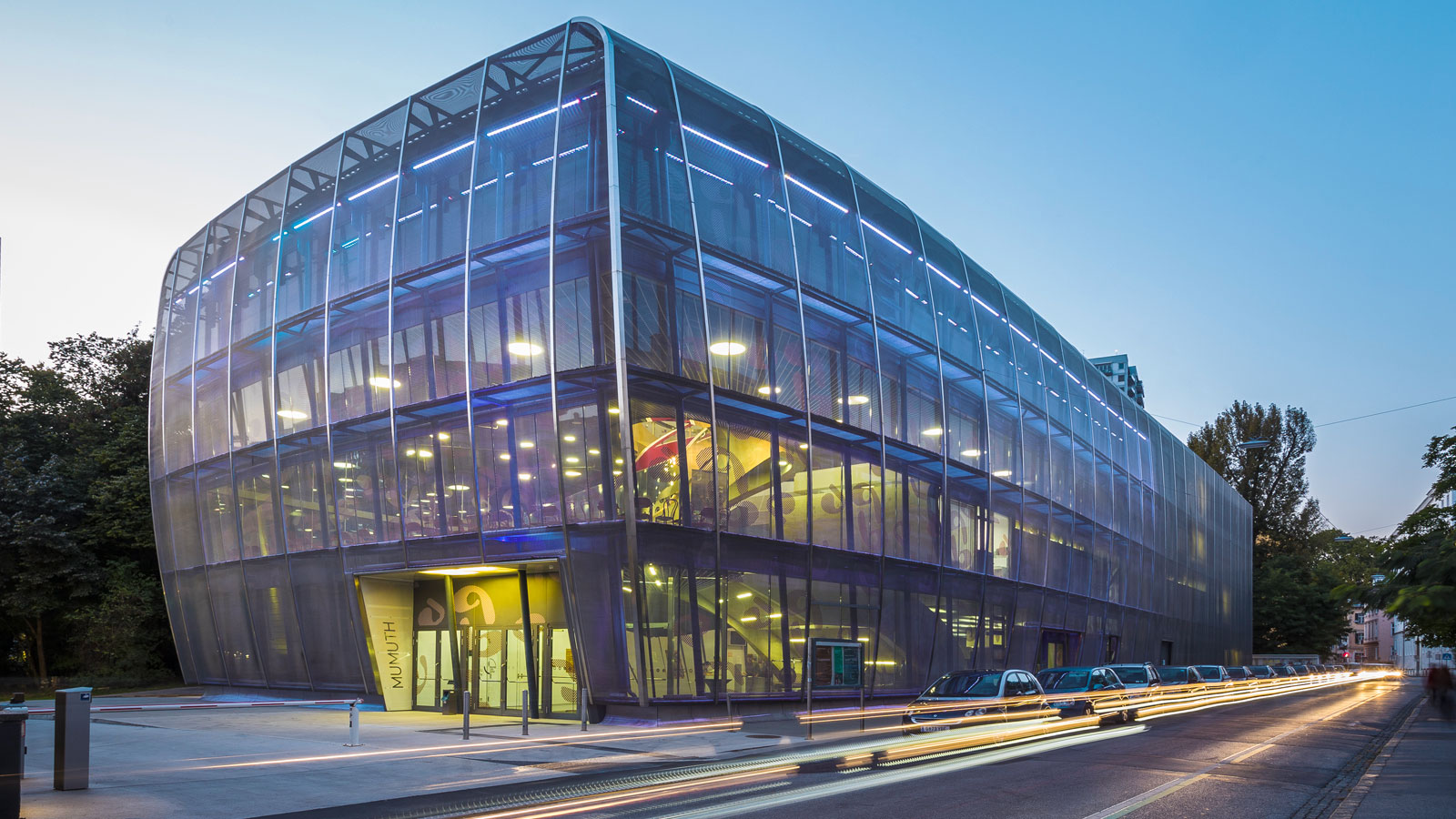 The House of Music and Music Theatre (MUMUTH) was built specially for the Kunstuniversität, the University of Arts in Graz. 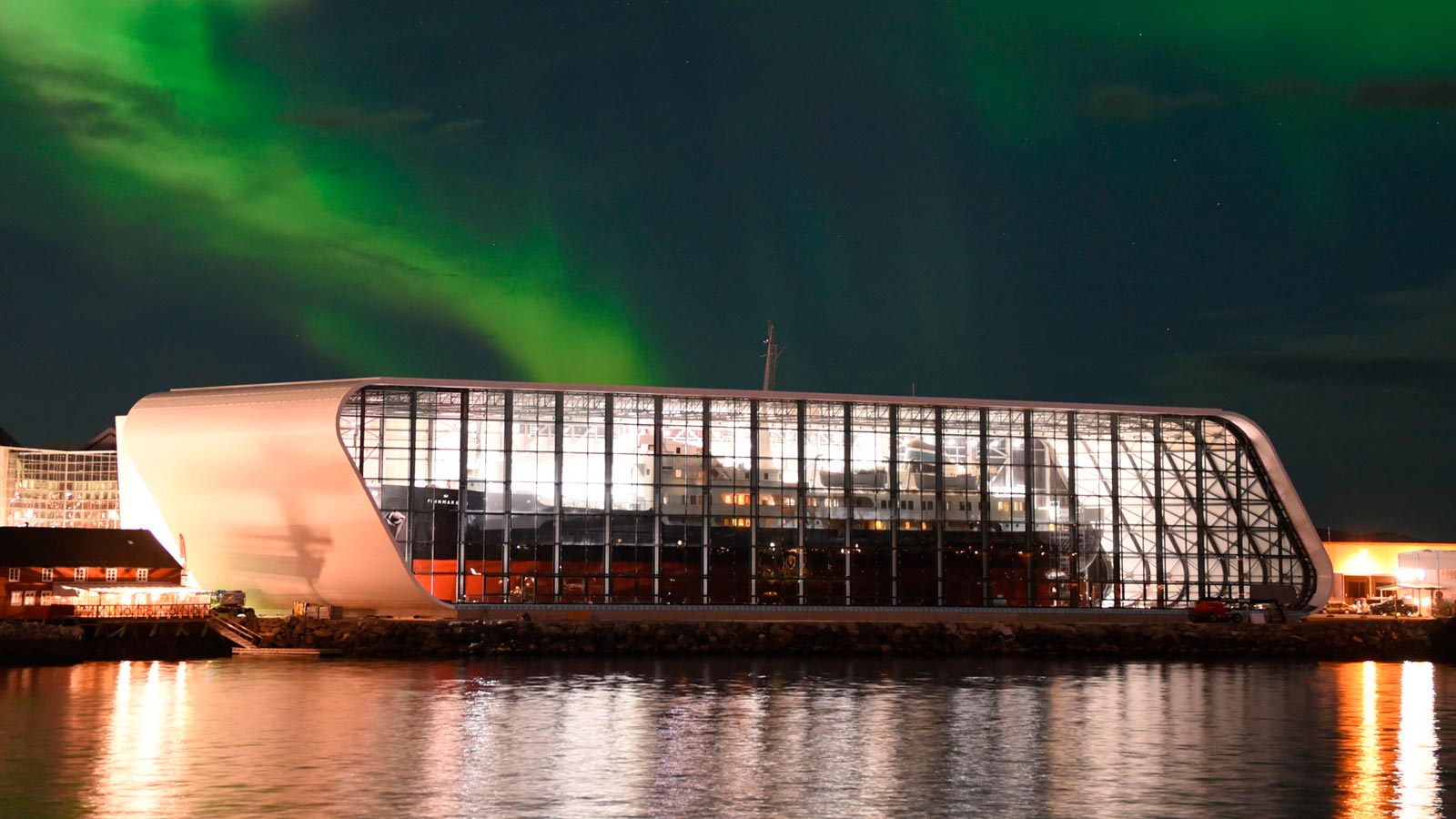 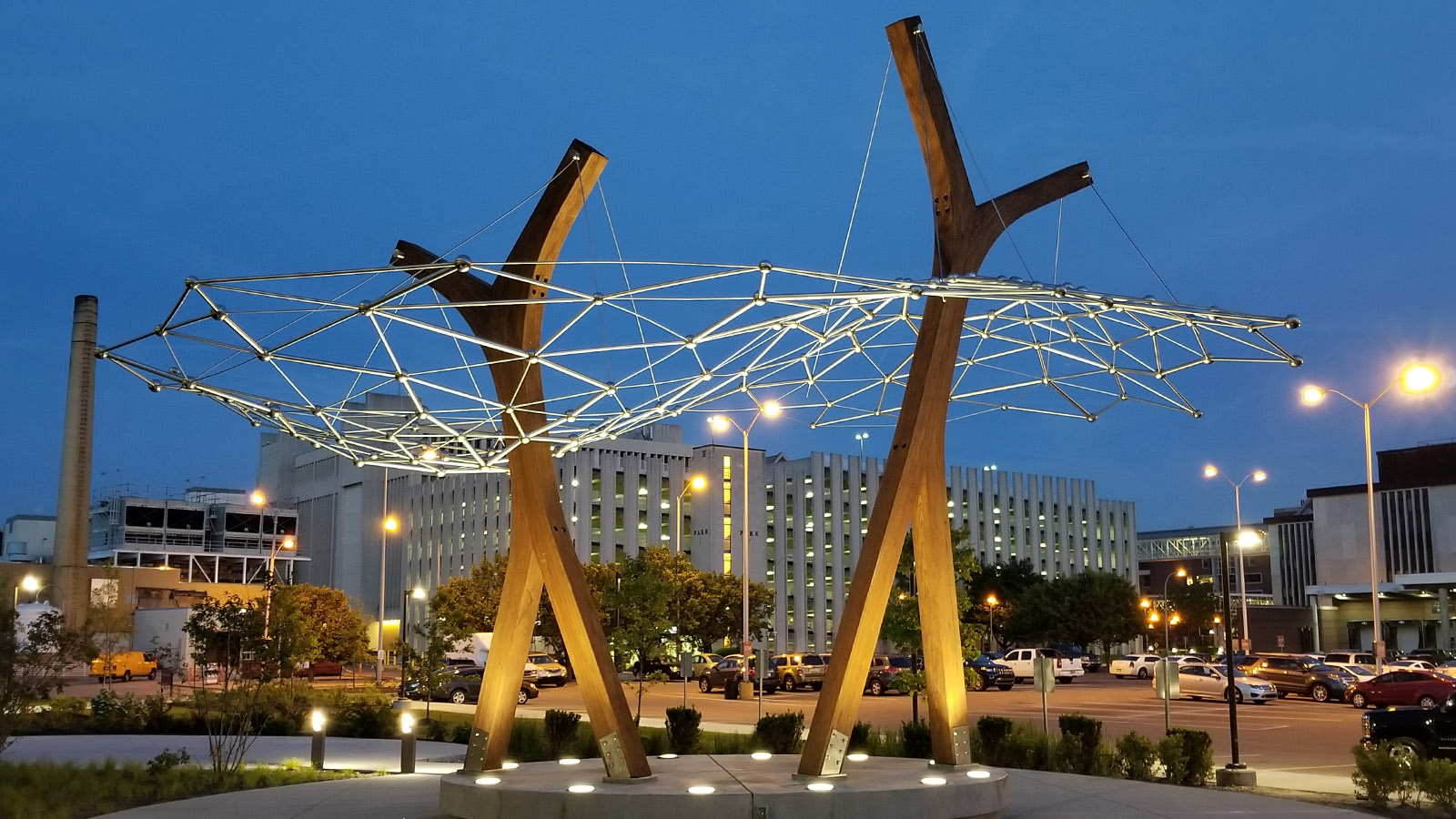 Twelve INGROUND 260 installations have been placed to illuminate a decorative artwork that stands out in the gardens.

Join Arcluce world to stay tuned with our news