Back to all projects

Arcluce supplied the lighting appliances for the Santa Lucia Palace, the multifunctional commercial space, born of the reconversion of an old hotel in Castiglione del Lago, near Perugia.

The building is characterized by a curious decorative metal structure on the frontal facade, which gives both light and protection against solar ray.

For the perimeter lighting have been used LED floodlights of 18mm and facade appliances of little dimensions. They are TULA devices, which do not impact on the building aspect and, thanks to high power LED, give a considerable decorative light. In the end, the platform on the top of the lateral entrance is illuminated by high protection LED recessed (diam.18mm), with wide beams for an entrance with a diffuse lighting.

This lighting concept gives the building a good light uniformity on its front part, while enhancing some architectural details on its lateral and back part. In addition to this, LED devices all over the building make light chromatic characteristics constant and assure a continuous lighting of longer duration, if compared with traditional lamps, reasonable maintenance costs and a meaningful Energy saving. 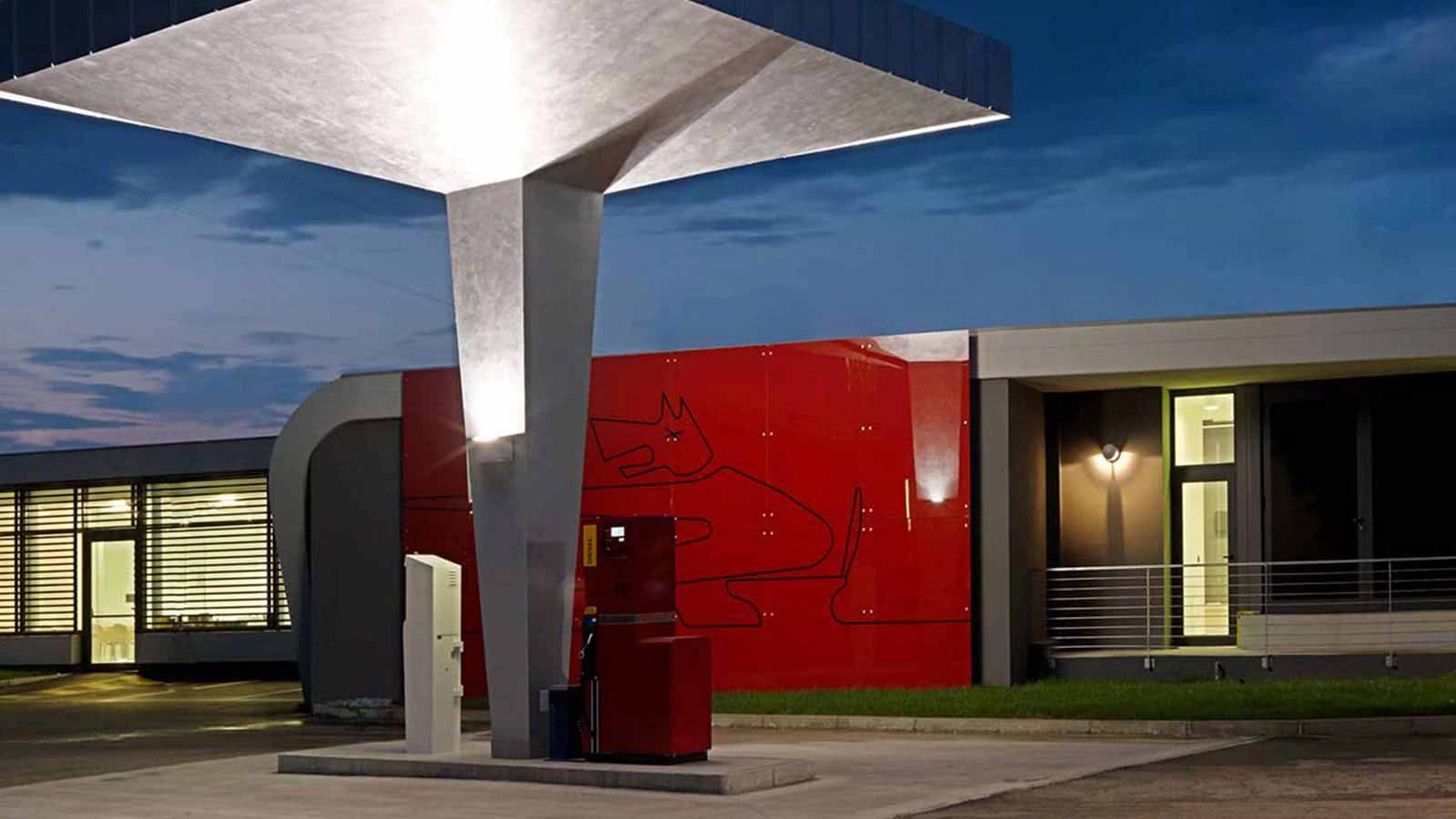 By adding lighting to the design, the architect who planned this service station intended to unify the basic concept underlying the artwork.

Want to stay up to date?